Be first to read the latest tech news, Industry Leader's Insights, and CIO interviews of medium and large enterprises exclusively from CIOReview Europe

THANK YOU FOR SUBSCRIBING Sean Finley, IT Director - Office of the Assessor-Recorder, City & County of San Francisco 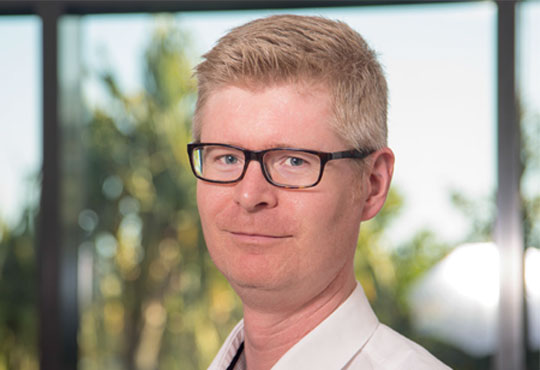 Andre Mendes, CIO & CTO, US Broadcasting Board of Governors

The Key to Scalable Workflow Solutions

In implementing process and workflow solutions for a fast growth company, scalability is an imperative factor in my decision making. If a process works for a team of 5, will it still work for a team of 15? How about 50? Will our decisions be valid not only for a dataset of 1000, but 100,000?

Bring Awareness to Your Current Process with Small Data

It may sound trite, but obtaining a real awareness of your current processes is fundamental to making informed and scalable growth decisions going forward. Big data is currently sweeping the landscape with its tremendous possibilities and sophisticated algorithms and, when implemented correctly, it can truly give big insights. But the power of small data shouldn’t be overlooked.

By small data I’m talking about ways to make everyday decisions with the data you can gather simply. Think in terms of what you can learn even on a limited scale, and you can take a guess or a gut feeling to the next level.

For a particular customization process we were doing, I would’ve sworn it took days to roll out each time. We were doing it piecemeal over multiple days, and I found it tedious and taxing. We began looking for ways to automate as much as possible, and in doing so I began to create screen capture videos to record my actions over the multiple days. When I took some time to add the total of 21 videos together, I had the realization that the process took under 3 hours, it just seemed so much longer. Suddenly the value of our automation investment could be weighed against real numbers, and it led to a sizeable reduction in scale, and focus on efficiency in performance.

It also led to delegation of certain tasks to personnel most suited to do them. More often than one might think, the emotional dislike of a task may be inflating its impact. Look closely at the real investment, and see what can be managed by adjusting workflows within personnel suited to do them.

Another fallacy managers can fall into comes about merely due to a lack of complete insight into the scope of the problem. In one example in particular, we were trying to maximize the effectiveness of our Sales Development Reps (SDRs), by freeing them up from non-essential tasks. Over and over, the thought kept occurring that we should be taking the work of handling Unsubscribes off their plate.

To get a better picture of the scope of the issue, I created a small data gathering experiment wherein I asked all SDRs to track their time for 2 weeks. What came out of that was that they were spending mere minutes a week on Unsubscribes, but were hours over allotment on meetings. Now we had a starting place to really maximize efficiency in the way we managed our meetings, and a quantitative limit on how much of our resources should be allotted to removing simple administrative tasks.

Don’t Guess Calculations, Do Them

Consider two lead sources. One is virtually free and has a large percentage of non-useful leads, and one is $1/lead, but with a very high percentage in positive results. With a virtually free source, one might argue that it will always be worth it to use them. But that depends on your actual outreach scheme. We recently did some calculations to see if that was true for us, taking into account the hourly rate we paid for the outreach. What we found was that given the percent of leads that would be not useful, we actually spent more performing outreach on the portion of the leads that provided zero results, than the total cost of the batch at $1/lead. Free may be a great deal, but it isn’t always free. It pays to do a little math.

Observe the Need and Build to It

To be scalable, a solution must be directed to reality, both now and in the future. Small data is one way to learn your own reality, as is direct observation. Process solutions need user testing just as we might user test an app or software solution. Spend some time watching people do the process as-is, then observe the new process, and then get feedback and iterate.

We recently overhauled our client reporting methodology, as we realized that SDRs and Operations personnel were spending inordinate amounts of time duplicating work, and creating a report, that was not only often not used, but actively unhelpful. Beginning with usage observation, we re-crafted it from the ground up, and built in some innate flexibility to account for differences between clients.

Know the Drawbacks of Turnkey Solutions

The idea of plug-and-play or turn-key solutions may sound simple and inviting, but if they don’t speak to what an organization is actually doing, they may wind up with something overbuilt and under-used.

On a regular basis we analyze legacy client systems wherein they’re paying a fortune for technology they aren’t using a tenth of. Often, their misuse of the technology is actually confounding their efforts, obscuring the data, and something much simpler would be much more effective.

I would further suggest that all areas of a company can be open to improvements in process and workflow. What causes wasted time in meetings? Does your incentive program really create incentive? What are the greatest challenges you have in project management? A solution specializing in document control might look very different from a cloud based calendaring system; and merely implementing a suite of licenses for MS Project might not address any of your largest needs.

Interdependencies between departments require a holistic approach to doing root cause analysis and finding a solution that takes the entirety of the process into account.

In summary, implementing a workflow solution that isn’t scalable will be expensive now and later. However, using small data to inform all your decisions, and building directly to the needs of your organization and its growth, will help you expand efficiently. When openness to evaluation is always part of the process, then processes will be continuously moving toward intuitive usage and maximizing productivity. 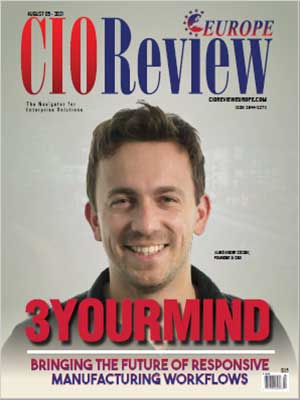 How to Establish a Company-Wide Document Management Strategy

Strategies for an Improved HR Operation

With Ai and Automation Becoming More "Off The Shelf", are Ai & Machine Learning Engineers and Data Scientists also at Risk?

However, if you would like to share the information in this article, you may use the link below: